"Everyone charged with a criminal offence shall be presumed innocent until proved guilty according to law."

From our BLOG - News, Updates & Other Projects

The Bulgarian Law of Emergency – scary or life-saving?

The services we offer in the penal law 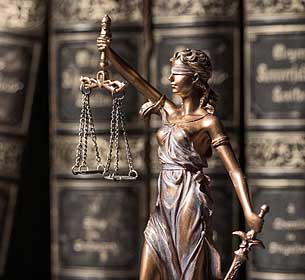 From the assistance of a lawyer in criminal proceedings for the protection of rights and legitimate interests needs any person who has committed a crime or any person who considers himself or herself to have suffered a crime, if you are a suspect, an accused in a criminal case or a victim of a crime, look for our cooperation.

Criminal law is the body of law that relates to crime. It proscribes conduct perceived as threatening, harmful, or otherwise endangering to the property, health, safety, and moral welfare of people inclusive of one's self. This includes detention of suspects, привличане на обвиняем по досъдебно производство, as well as protecting Defendants' Rights. During the process, we will monitor and fight for the observance of all legitimate rights and interests of our clients, the gathering of all evidence in its favor and the achievement of a favorable outcome.

Somebady say victory is not everything, but we do not think so. We rely on the principle of achieving the best possible results of our work for our clients. To achieve these results we offer high-quality lawyers services and build relationships of mutual trust with our clients.

The right to defense in criminal proceedings - a basic human right 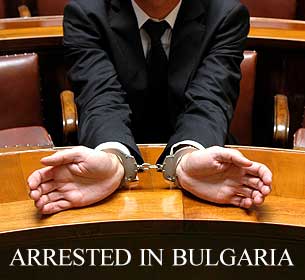 In the Constitution of the Republic of Bulgaria the right of defense is proclaimed as a fundamental right. According tothe Constitution, everyone has the right to legal counsel from the moment of his or her detention or attracting as a defendant (art. 30,para. 4 of the CRB). The Constitution also ensures that the secrecy of communications between lawyers and their clients is maintained by proclaiming that everyone has the right to meet in private with the person who protects it and that the secrecy of their communications is inviolable (art. 30, para. 5 of the CRB).

The Code of Criminal Procedure provides for a number of rules that detail the rights of the defense and the various ways in which it can be exercised.

You are constituted as a CITIZEN CLAIM or a PRIVATE PROSECUTOR

The private prosecutor is the person who has suffered material or non-pecuniary damage from the crime and who is constituted in the relevant procedural capacity in the judicial phase of the cases of a general nature. After the death of the person, this right transmit to his heirs. He supports the prosecution in court. He can also keep the accusation if the prosecutor chooses does not support it. The private prosecutor has the possibility to initiate judicial review of the final act of the court. If you are constituted as a PRIVATE PROSECUTOR or a CITIZEN CLAIM, you have the following rights in criminal proceedings:

The rights you have as a ACCUSED

The figure of the accused may arise in two ways - firstly, by a decree of attracting an accused, and secondly by a protocol of the first act of investigation against the person.Once a person has acquired the status of accused at that time, all the rights provided for the accused have arisen for him, and procedural coercive measures may also be imposed against him.

The accused is the only person against whom the accusation is directed. He can participate permanently throughout the criminal process. The accused is the only subject of the process to which the presumption of innocence applies and thanks to which, he has no burden of proof. The accused's explanations are a means of proof and a means of protection, so he can not be questioned as a witness. The refusal and the giving of false explanations can not be taken into account when determining the penalty as an aggravating circumstance.

As ACCUSED, you have the following rights:

Crimes under the Bulgarian PENAL LAW 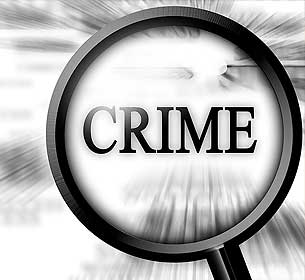 “Vasilev – Dobrinov & Associates” has a proven reputation in Bulgaria for the services we offer in the area of criminal law and process. By covering practically all aspects of matter, we advise and protect our clients before a court in the field of:

The crimes that relate to the drug refer to the production, processing, acquisition, distribution, storage, possession, transport and transfer of narcotic substances and their analogues without duly authorized, persuade someone else to use drugs, others to use drugs, systematically supplying premises to different persons for the use of such substances and others. Here is the whole range of possible uses and abuses of narcotic substances in accordance with the international conventions to which Bulgaria is a party.

The circumstances which define the acts as unlawful, are provided in the Penal Code of the Republic of Bulgaria (art. 354, art. 354а, art. 354б and art. 354в of the Penal Code). Depending on the type and severity of the crime the punishments may be:


Our co-founder on TV2 (full English subtitles available) talks about the criminal case (credit card fraud) of its clients and about the meaning of appealing the detention measure (remanded in custody) in the Court of Appeal Plovdiv. You can watch the video in a new window.

The hooliganism is a crime and its consequences are like any other. Criminal responsibility lies with any "mistake" that violates public order. According to the Constitutional Court in Bulgaria „public order“ is the order established by normative acts, which provides normal calmness and opportunity to exercise the respective civil rights. If you are accused of "violating public order", you must take into account everything that is described in laws, ordinances, decrees, etc., and is related to the calm, normal life of the citizens.

To be treated as a hooligan, you must have committed acts of indecency which clearly contradict what is perceived in society as moral and proper (for example, desecrate the faces of national heroes in a public place or the Constitution of the Republic). With your actions, you must:

You have to keep in mind that you will be more severely punished if:

Crimes against the financial and tax system

The crimes against the financial, tax and social security systems are presented in the Penal Code. Crime in the financial sphere is mainly money laundering or non-target use of budget funds. According to par. 1 of Art. 253 of the Criminal Code, which carries out a financial transaction or a property transaction, or conceals the origin, the place of residence, the movement or the real rights over property for which it knows or supposes that it was acquired through crime or other publicly dangerous act shall be punished for money laundering.

According to Art. 253, para. 2 of the Penal Code shall be imposed on a person who acquires, receives, holds, uses, transforms or assists in any way the transformation of property for which he knows or supposes at the moment of receiving it that he has been acquired through a crime or another socially dangerous act.

Driving while using drugs or alcohol

The law forbids driving of motor vehicle under the influence of narcotic substances or their analogues. It does not matter whether as a result of this unlawful behavior there have been some negative consequences - for example, I have bumped and I have distorted a road sign or a mantilinella, I have hit someone with a stopped car and others. Driving in this state is a crime even if something bad has not happened to you or to other members of the public.It is forbidden to provide your vehicle to a person under the influence of drugs or their analogues. As the owner or user of the vehicle, you are responsible for its irregular use, even if there are no negative consequences of driving in such a condition. While the car driver in this hypothesis committed a crime, the owner committed an administrative violation.

A narcotic substance is any narcotic and psychotropic substance, as well as any other natural and synthetic substance that can cause a state of dependence and has a stimulatory or depressive effect on the central nervous system, causes hallucinations or disorders of motor function, mental activity, behavior, perceptions and mood, etc. Substances that are legally considered to be narcotic drugs are listed in 3 complete lists of their medical names. Among the most common drugs are marijuana, hashish, amphetamines, heroin and cocaine. All of them cause the inability to properly assess the traffic situation.

You may be required to take a forced administrative measure by taking away your license. Such a measure is imposed by a motivated order from an employee of the Control of the Administrative Transport.

A fine of 100 to 300 leva will be imposed if it is found that you are giving your car for use to a person who has used a drug. If the violation is repeated, a fine of BGN 300 to 1500 is imposed. The administrative penalty is imposed by an employee of the Traffic Police with an act, which is drawn up before a witness. Witness may be another traffic police officer.

Once it is established that you have been driving after using a narcotic drug or an analogue, the traffic police send a message to the appropriate prosecutor's office, which serves as a legitimate reason for pre-trial proceedings. If there is a message from a traffic police officer and sufficient evidence that you have committed this crime, the prosecutor initiates proceedings and starts an investigation. If the prosecutor submits an indictment and the court decides that you are guilty, you may be sentenced to a term of imprisonment of 1 to 5 years, a fine of BGN 500 to 1 500, and deprivation of the right to drive for a certain period of time.

Why choose us for support in the criminal process?

Our Team - Responsibility, skills and competence 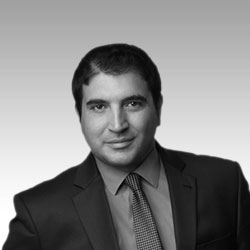 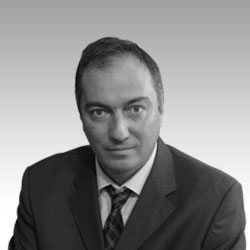 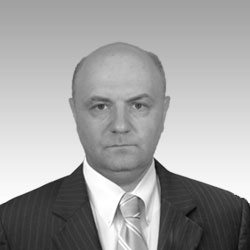 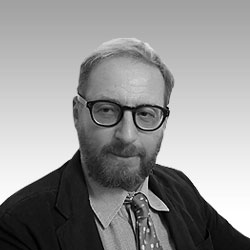 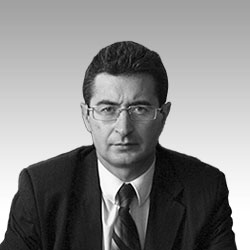 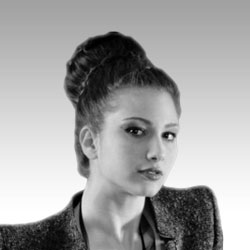 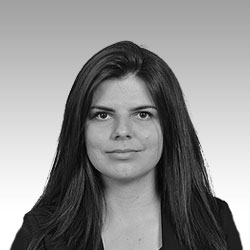 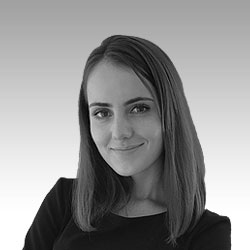 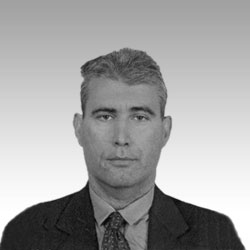 We at Vasilev - Dobrinov & Associates focus on specially designed concepts for every individual case. Our clients enjoy the privileges of consistent work at the highest legal level. We are proud of the extraordinary ability to combine international standards with local expertise and knowledge in our quest to solve every legal problem.

Over the years, we have proven our professionalism, responsible and pragmatic approach to each assigned case. We do not just ask our clients to trust the quality of the service and our work, but we invite you to win this trust through successful projects.

You can also leave us a message in the form below:

We aim at responding to all enquiries within 24 hours. For urgent matters, please telephone us at your earliest convenience so we can assist you without delay.